A Tale of Ireland’s West Coast

Along the west coast of Ireland there are many small fishing villages, and from one of these villages a narrow valley runs back from the sea into the mountains. It is a rugged valley created by two precipices that were torn apart ages ago and, when entering it along the road from the sea-shore, all that can be seen are the cliffs and craggy heights covered in patches of moss. Then, as you move further along the road, the valley narrows and the moss grows more thickly on the overhanging rocks. The trees that grow out of the clefts in the precipices, intermix their leafy branches and shelter the land below them from the strong rays of the midday sun. There a crystal clear brook runs swiftly over its bed of moss covered pebbles, flashing white as it leaps down a short decline, before taking cover once again under large ferns whose branches stretch from bank to bank. Then it reappears into the light, sparkling as it hurries on its way to the sunshine that engulfs a wider valley, and finally pours itself into the sea. Its origin lies in a spring that bursts out of a rock crevice into a a circular well, which had been partly scooped out and partly built up to receive the cool clear water. Above this well rises a sheer cliff-face to a height of fifty feet, where the rock changes shape, eroded by powers of nature into the shape of human face. 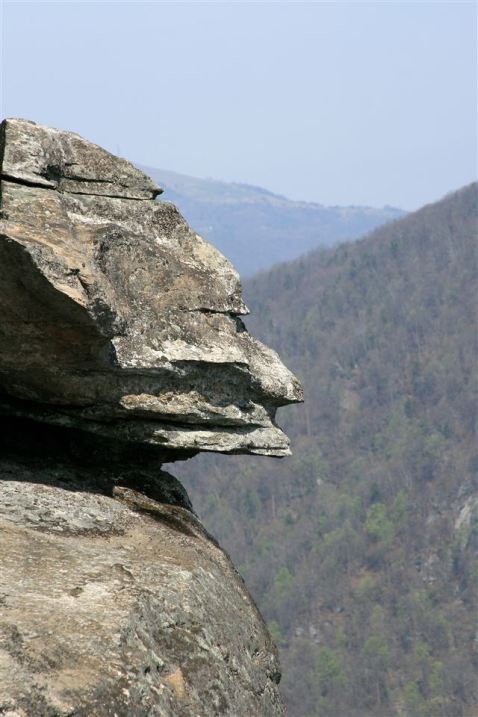 The forehead of this rock face is shelving and its eyebrows are heavy and menacing. The nose that is so prominent is shaped like the beak of a hawk, while its upper lip is short, and the chin prominent and pointed. There, in the shelter of the crag that forms the nose is a thick growth of ferns that give the impression that the face has a small mustache and goatee. Above the forehead stands a mass of tangled undergrowth and ferns that many have likened to an Eastern turban, and an eye is clearly shown by a bit of lighter-coloured stone that gives the entire face a leer that could easily inspire fear among an ignorant and superstitious people. But on a level with the chin, and to its right is the mouth of a cave that can be reached by a path up the hillside, along which rudely hewn steps have been created to ease the steep ascent. Although the visitor to the cave must stoop to enter, inside they discover a large room seven feet high and twelve feet square. It was, without doubt, this cave was once home to a religious hermit because on each side of the entrance a cross has been carved deeply into the rock, and inside, a block of stone four feet high has been left standing at the far side and opposite the entrance. Above this altar a shrine has been hollowed out of the stone wall and over it another cross has been carved, over which has been written the legend, I.H.S.
The legend of the cave was told to my great-grandfather by a local old woman, considered to be a ‘Wise Woman’ by her neighbours, whose rendition of the tale was allegedly a tedious event. Nevertheless, she was a devout believer in her own story and told it with great earnestness and use of vocal intonations that kept her audience attentive. “It’s the cave of a saint, but I’m not certain of what saint it is. There’s some say it was Saint Patrick himself, but I don’t believe it. Others have said it was Saint Kevin, the one that conned the old King out of his land in the bargain he made for curing his goose, but I don’t believe that either. I tend to agree with those that said it was Saint Tigernach, you know that one who built the big Abbey at Clones in County Monaghan. Sure, didn’t Father Murphy say the same thing and there’s not a one who would know better than he.”
“Do you see that big head on the rock?” she asked. ” Well, that’s the devil’s own face that the saint made him put there, the time that the saint proved to be too smart for him when the evil one tried to cheat the blessed man. Aye, a quare story it is too, and the wealthy ones that come down here have a great laugh about it when it is told, saying they don’t believe a word of it. It’s because they don’t understand, but if men had to understand everything they believed in then they wouldn’t have much to believe in.”
“But, as I was telling you, Saint Tigernach lived in that cave alone, a good man and more cunning than a fox. He made it to suit himself and every day he would say a thousand ‘Our Fathers’, five thousand ‘Hail Marys’, a thousand ‘Credos’, before he would go out among the poor. Thanks be to God there weren’t many poor in Ireland in those days, for times were better, and those that were there looked up to the saint. He fed them and, when he begged for the poor, there wasn’t a man or woman that wouldn’t give something to him because he would stick to them like glue until he would get the offering. All that suffered persecution, or were hungry, or without clothes would go to the saint like a child to its mother and tell him everything that was in their heart.”
The old woman muttered under her breath for a moment before resuming her story. “While that blessed saint lived here, across the hill and beyond the peat-bog lived a ‘hedger and ditcher’ by the name of O’Connor. He was only a poor working man, helped by his wife, while his daughter, Kathleen, took care of the house. Strange to tell, in that house they kept a wooden board in the corner, which acted as a bar and had a jug of poteen sitting on it. From the jug they would sell poteen to all who passed by, because this was the day before the customs men, bad luck to them all, and every man drank as much as he wished without paying a penny to the government. O’Connor, himself, made the poteen while Kathleen would sell it to the turf cutters on the bog, but they didn’t buy large amounts because they rarely had enough money. Kathleen, however, was a fine girl with eye that would melt the heart of the toughest man, young or old. She was always to be seen in a nice dress during the week, and had a special one for wearing on Sundays, and it was said one sight of her would make an old man feel young again. But there wasn’t a mischievous bone in her body, for she was as pleasant as sunshine in winter and as innocent as a new born lamb, going to Mass regularly and doing her ‘duty’. Kathleen, however, had fallen in love with a young fellow who was employed as a ‘ditcher’, and they were to be married when the house he was building was done, and his father gave him a cow. Although he was by no means a rich man, he had the love of this beautiful young woman and he thought he had a fortune.” 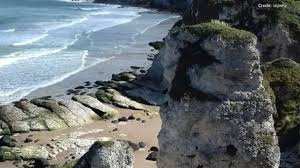 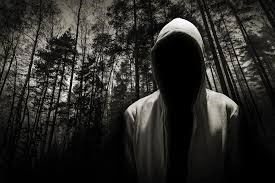